Classifiers are the algorithms that perform identification or classification, i.e. the process of assigning biological samples to classes (categories) based on a training set of which the class membership is already known. The samples are analyzed based on experimental data, which can be quantitative, binary or categorical.

BIONUMERICS offers a number of similarity-based classifiers, using either basic similarity values (average, maximum and minimum similarity) or more sophisticated similarity measures, such as k-Nearest Neighbors, Balanced similarity and Weighted average similarity. In addition, state-of-the-art classifiers such as Centroid distance, ANOVA-weighted Centroid distance, Shrunken Centroids, Support Vector Machines (SVMs with linear or RBF kernels) and Naive Bayesian Classifiers can be used for quick and accurate identification of complex groupings. The latter classifiers all have in common that they need to be trained before they can be used for classification of unknowns.

Several classifiers can be added to an identification project, allowing to side-by-side evaluation of the classifier performances. 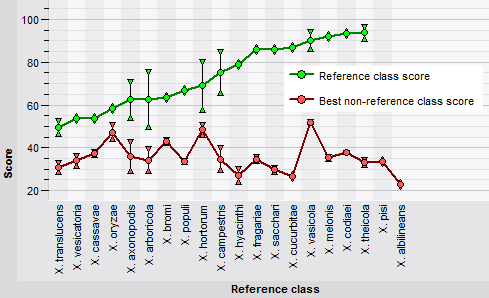 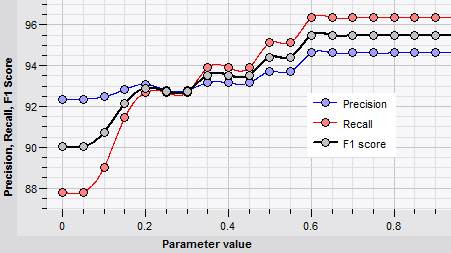